The Atlas Lions struggled against the Brave Warriors and needed an 89th-minute own goal from Itamunua Keimuine in order to secure the win.

Keimuine converted Hakim Ziyech’s cross past his own goalkeeper, just 10 minutes after coming on as a substitute to give Morocco the full three points.

Morocco’s Mbark Boussoufa was awarded the Man of the Match award for his performance during the game.

After the win, Morocco temporarily top Group D with three points, ahead of Ivory Coast’s clash against South Africa on Monday.

Group C kicked off with Senegal’s clash with Tanzania at 19:00 at 30 June stadium in Cairo.

Without Sadio Mane, the Lions of Teranga showed their ferocious attacking strength and could have scored at least three goals in the first 45 minutes of the game.

However, they settled for one goal only, which was scored by Inter Milan’s winger Keita Baldé in the 28th minute.

Krépin Diatta, who claimed the Man of the Match award, doubled Senegal’s lead with a screamer in the 64th minute, securing a comfortable victory for Aliou Cissé’s men. 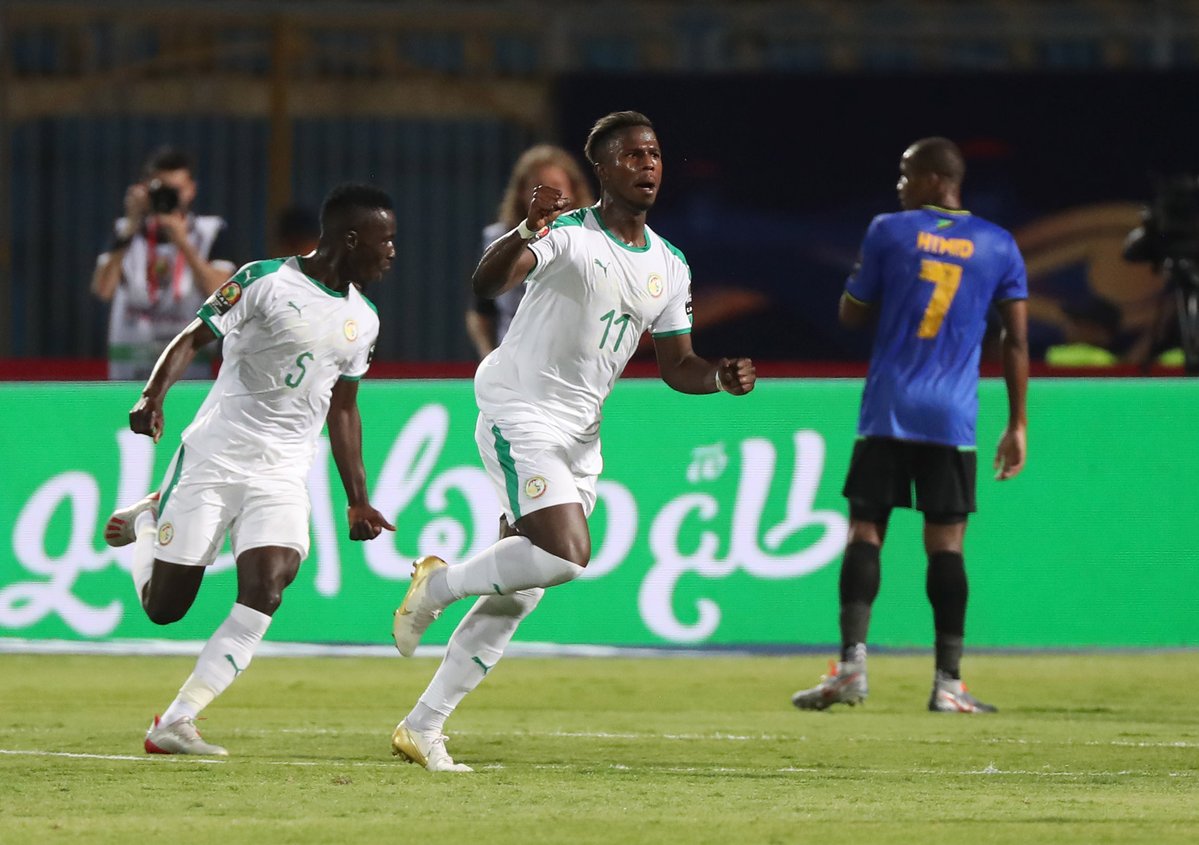 The final game of the day was played out between Algeria and Kenya at the 30 June stadium around an hour after the Senegal-Tanzania game.

Riyad Mehraz’s side didn’t have any problems against Kenya as they managed to take a 34th-minute lead through Baghdad Bounedjah’s penalty after Youcef Atal was brought down inside the penalty box.

Kenya were the better side in the second-half, but the Algerians were very organized defensively and both teams settled for the 2-0 result.

Following Algeria’s victory, the final standing of group C is as follow: