The people of Akyem Manso in the Asene Akroso Manso constituency in the Eastern region yesterday 6th May, celebrated their annual Odwira festival in which many dignitaries announced their presence to crown the occasion.
Speaking at the program as the guest of honour, Hon. Catherine Afeku, the minister for tourism who was delegated by the senior minister, Hon. Yaw Osafo Marfo in his absence, promised the people of Akyem Manso that the place where the biggest tree in West Africa is found in their land will be changed into a well tourist site in due time and also advised the youth to obey their leaders in order to progress in life. 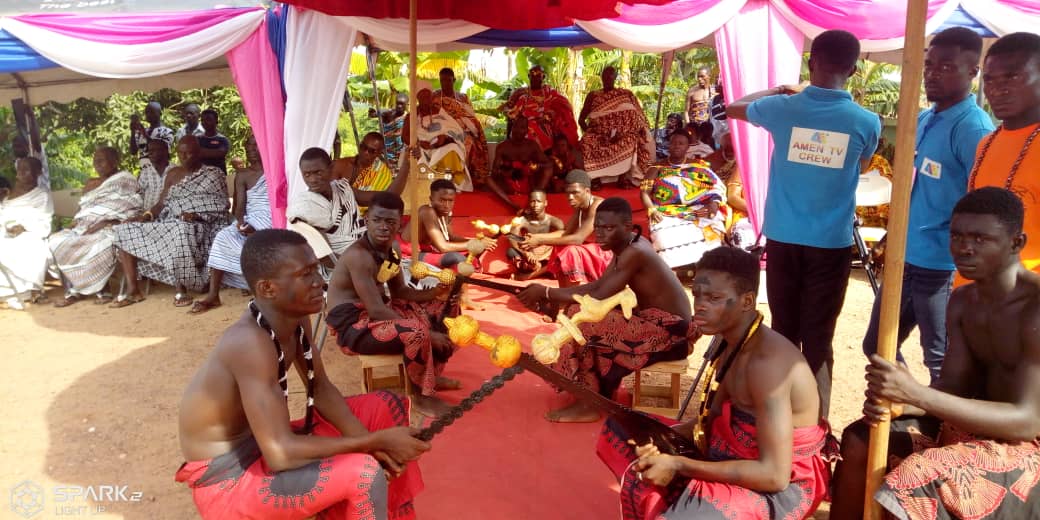 The Member of Parliament (MP) for Asene Akroso Manso constituency, Hon. George Kwame Aboagyie (Oluwa) also advised the people to take active part in farming activities in order to prompt the attention of the government to set up a factory in the area and also register their wards in the Asene Akroso Manso educational and social intervention trust fund which was founded by himself. He added that it is about time their people of Akyem do away with chieftaincy disputes in order to pave way for developments in the area.

The chief of Akyem Manso and also the Benkumhene of Akyem Kotoku traditional area, Obrempon Sintim Poku III appealed to the government to bring many developmental projects into their community not forgetting their internal roads since their town is the district capital of Asene Manso Akroso (AMA) district, one of the new created districts in Nana Addo’s era. 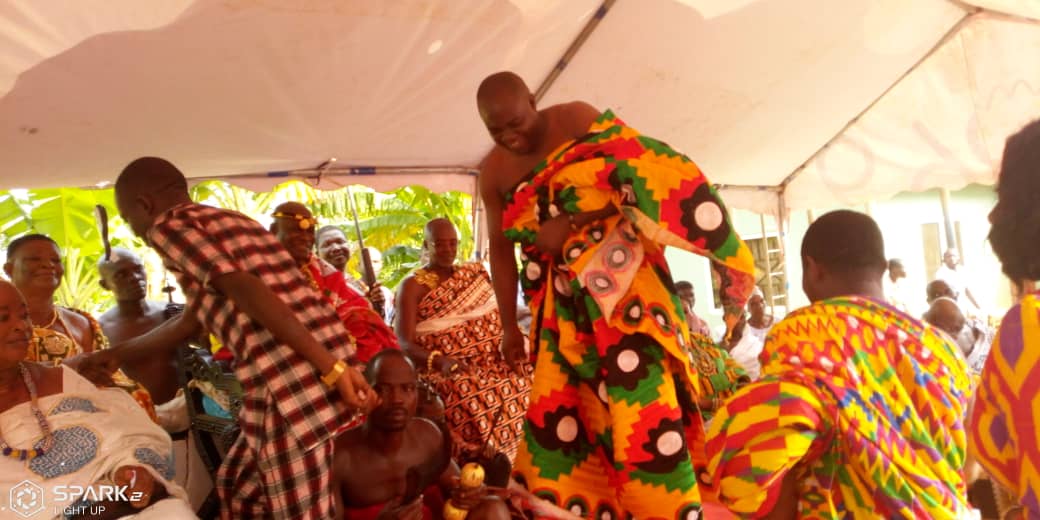 The District Chief Executive (DCE) for Asene Manso Akroso district, Hon. Alex K. Incoom also appealed to all the chiefs in Akyem Kotoku traditional area to let peace reign among them in order to pave way for developments in the area. He added that, the Nana Addo’s government will ensure that the Asene Manso Akroso district Assembly will benefit from more developmental projects as they have already commenced with some projects in the district.

There’s no use of black magic at GBC — Amankwah Ampofo