Ghana captain Asamoah Gyan has announced his retirement from the Black Stars with immediate effect.

In a statement, the striker said he will also not be available for the 2019 Africa Cup of Nations tournament in Egypt.

“Upon consultation with my family and team, and as an active footballer and captain of the National team, if the decision of the coach is to give captaincy of the tournament to another player while I am named in the team for the tournament, I wish to recuse myself from the tournament,” Gyan said in a statement.

He added: “I also wish to retire from the national team permanently; not pretending my presence would not fuel the purported undermining the country has seen under my captaincy.

“I would continue to serve the country Ghana in other endeavours as a businessman through various investments.”

Below is his full statement: 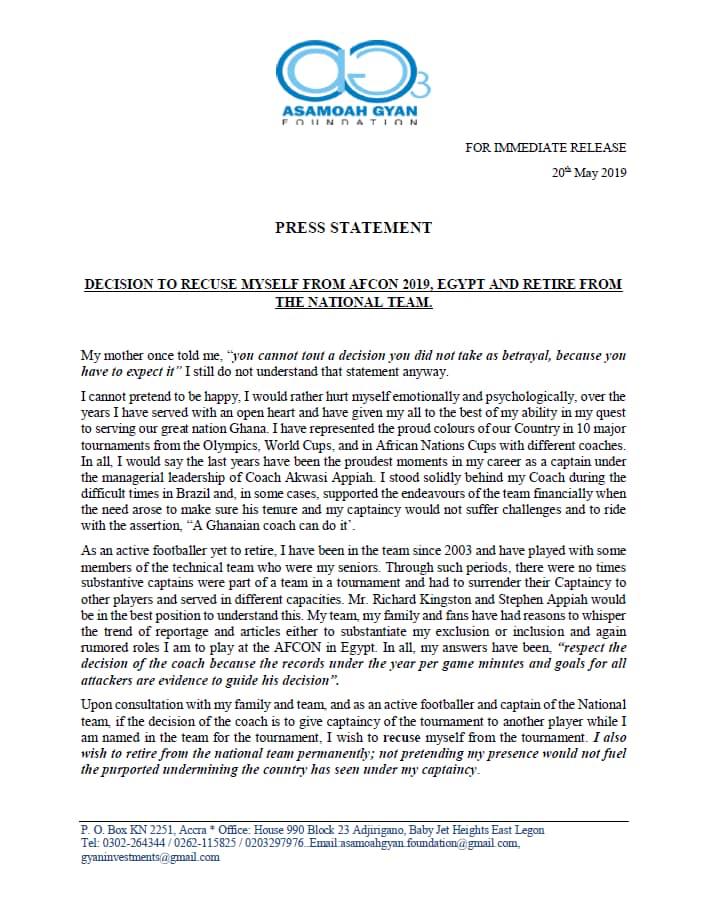 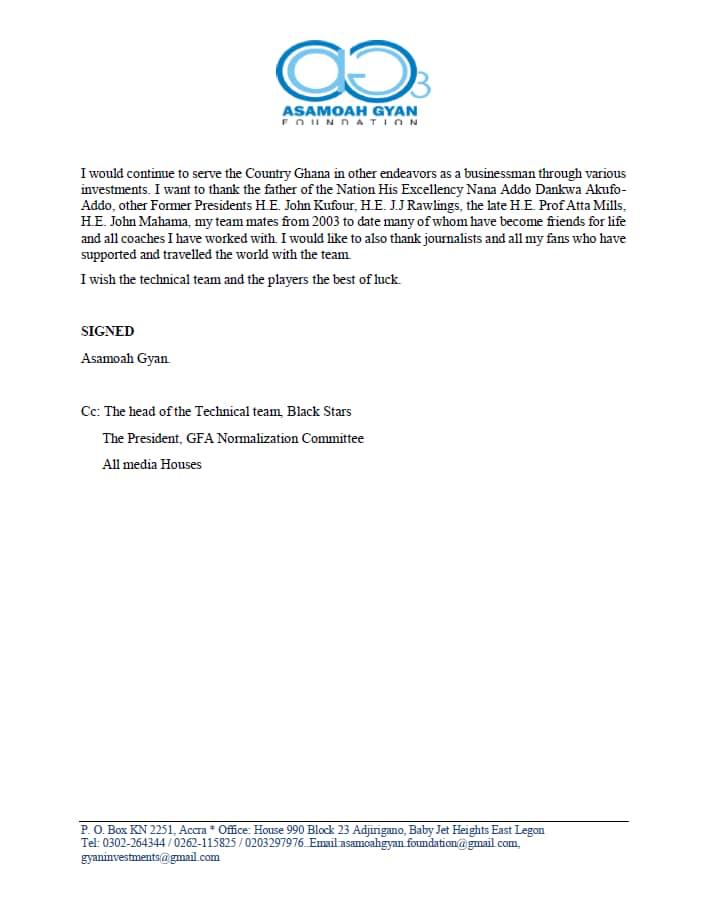 Gyan made his international debut at the age of 17 and scored on his senior International debut for Ghana against Somalia on 19 November 2003 in the 90th minute. Since then, he has gone on to make 106 appearances for the Black Stars scoring a total of 51 goals