The opposition NDC in the Ashanti Region is in turmoil following the disqualification of Masawudu Mubarak from contesting the party’s parliamentary primaries for the Asawase constituency.

Angry supporters of Mubarak stormed the NDC’s Ashanti Regional office Thursday, setting tyres ablaze in protest of the party’s decision to disqualify their candidate from contesting for incumbent Member of Parliament for Asawase constituency Muntaka Mubarak for the chance to represent the party in the 2020 parliamentary elections.

A statement signed Tuesday by General Secretary of the party, Johnson Asiedu Nketiah, announced the disqualification of the aspirant and declared incumbent MP, Muntaka Mubarak to contest unopposed.

“By the decision, Hon. Muntaka Mubarak goes unopposed and for that matter stands elected as the parliamentary candidate for the Asawase constituency,” the General Secretary of the Umbrella family Asiedu Nketiah said. 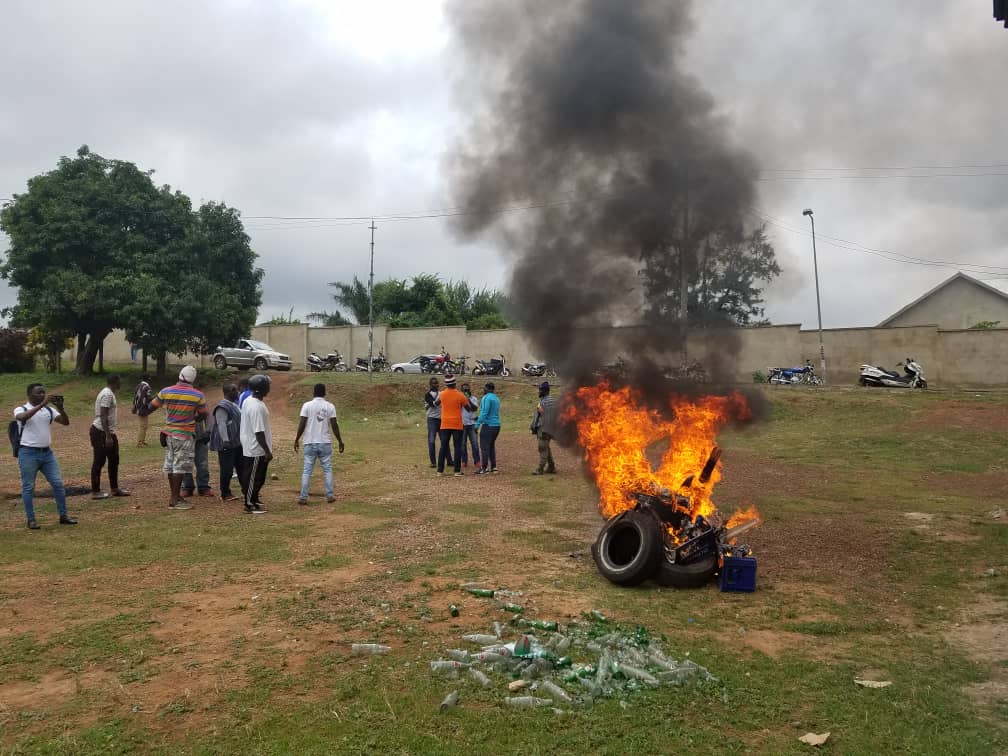 Aggrieved by the decision Masawudu’s besieged the party’s regional office to register their displeasure, setting tyres ablaze. They also locked the party’s office and destroyed the office furniture as well.

Speaking to Ultimate News’ Issac Bediako, they warned that the party would see no peace in the region until it rescinds Masawudu’s disqualification.

“[The ban] is endangering our chances come and that what we don’t want to happen hence the registering of our displeasure here,” one of the disgruntled supporters said. 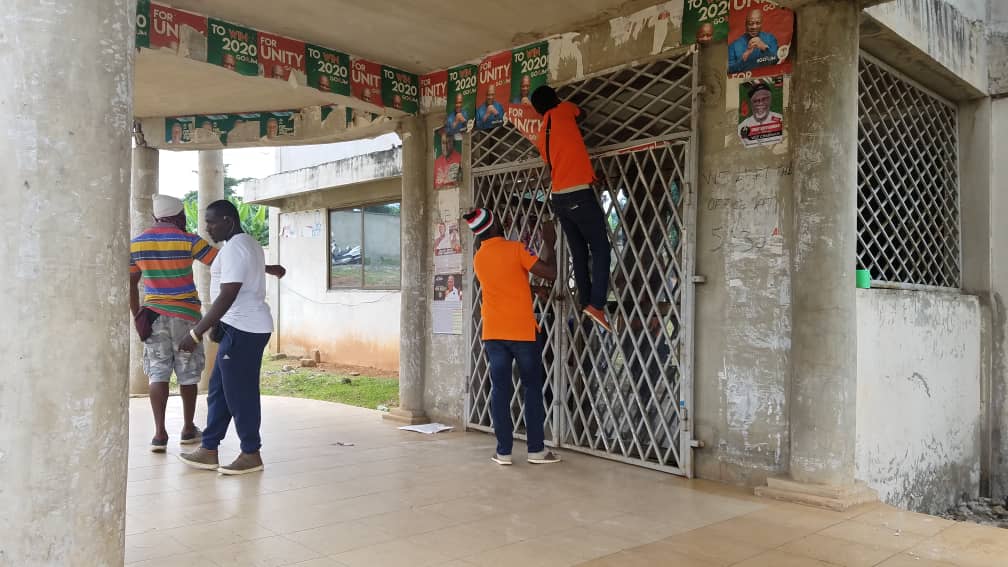 He said the violence being deployed in doing that is a way of sending a signal to the hierarchy of the party to resolve the issues quickly and allow their candidate to challenge the incumbent MP for the chance to represent the party in the 2020 parliamentary primaries.

“We are sending this signal to them to sit and rethink and resolve the issues and for the interest of the party to be considered first before any individual. Muntaka [incumbent MP] is not NDC, and NDC is not Muntaka. We are the delegates, we are the branch executives and we made Muntaka who he is today. So they should think about the future of the party,” he added.

‘Government giving out over 4000 weapons to vigilantes’ – Asiedu Nketia alleges