The case filed against the Ghana Football Association at the Court of Arbitration for Sport (CAS) by Wilfred Osei Kwaku popularly known as Palmer has been dismissed by the court.

CAS in its September 1, 2020 ruling backed the disqualification of Mr Palmer from contesting the GFA presidential race in October last year.

This means the current leadership structure at the FA remains intact.

Osei Palmer was disqualified from contesting for the GFA presidency for breaching financial regulations following the transfer of a player of his club.

After seeing an initial local appeal rejected, he hauled the national association to the global tribunal. By this ruling Osei Kwaku Is barred from ever contesting in a GFA elections whiles current President Kurt Okraku has the clearance to serve his full mandate.

Below are details of the ruling 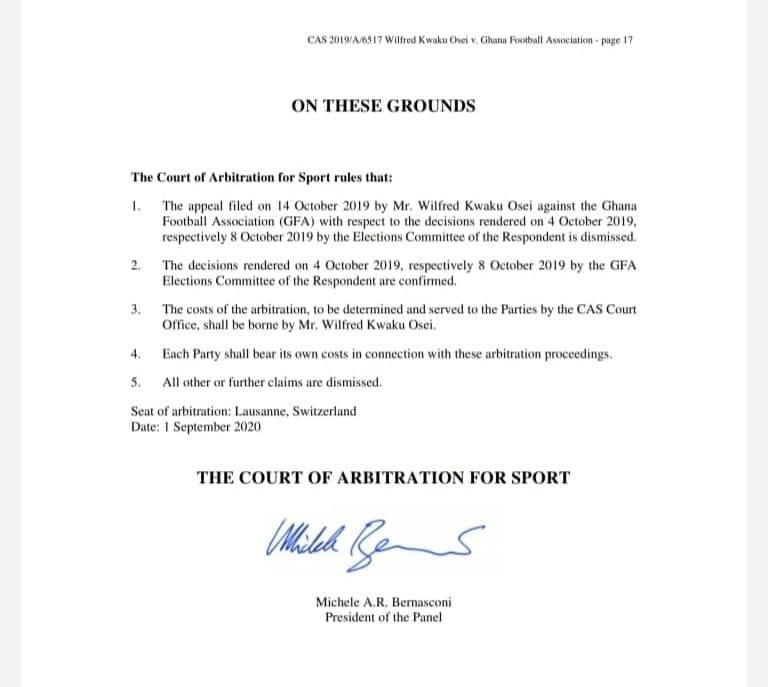 Jacob Dickson – Ghana’s Next Champion In The Big Weights Class