An initiative aimed at encouraging members of the African diaspora to visit Ghana has been described as “a great success” by President Nana Akufo-Addo.

The Year of Return, 2019, was linked to the 400th anniversary of slaves landing in the US – said to be the first recorded arrival of enslaved Africans in the Americas.

Ghana was a key transit point for transporting slaves and the president said his country felt a responsibility to welcome all those who could trace their ancestry to Africa.

How many more people visited Ghana?

At the beginning of 2019, the Ghana Tourism Authority predicted the Year of Return would attract 500,000 extra visitors.

Official data from January to September 2019 indicates an additional 237,000 visitors – a rise of 45% compared with the same period the previous year – with significant increases in visitors from the US and UK. 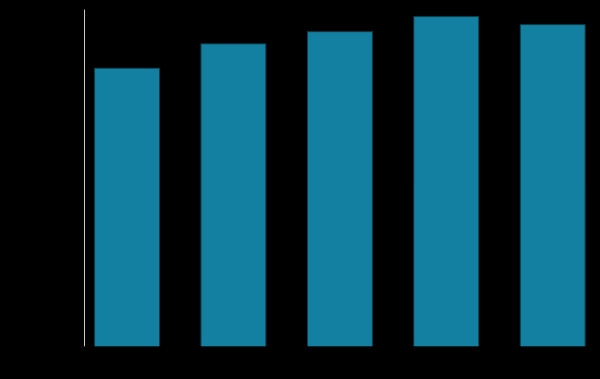 However, we don’t know if this was specifically because of the Year of Return initiative, as tourists were not asked to state this on arrival as the reason for their visit.

The apparent increase in arrivals in 2019 should be set in the context of an overall annual total of between 900,000 and one million foreign visitors to Ghana, a figure that has been generally rising anyway over the past few years, dipping slightly in 2018.

When the data is published for the whole of 2019, we should be able to assess how unusual the increase for that year was compared with previous years.

Was there a boost to the economy?

Minister of Tourism Barbara Oteng Gyasi said the Year of Return had injected about $1.9bn (£1.5bn) into the economy.

And the Ghana Tourism Authority told BBC News this figure was an estimate based on multiplying total visitor arrivals, 763,545 between January and September, by the average spend per tourist, $2,590 in 2019. 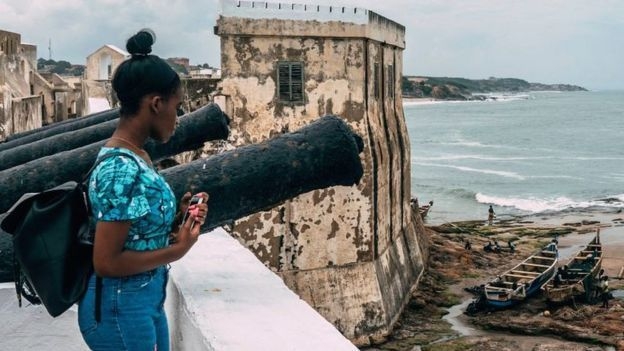 But the total arrivals figure includes all international visitors, whether or not their visit was prompted by the Year of Return.

Bright Simons, a researcher at Imani Centre for Policy & Education think tank, has criticised the government estimates of the numbers of extra visitors.

And he says the average spend per tourist was less than $2,590.

The Ghanaian government also told BBC News a record 126 people had been granted citizenship in 2019.

And some from the diaspora, encouraged by the Year of Return initiative, have set up businesses, made investments or purchased property.

Did it help promote Ghana’s image? 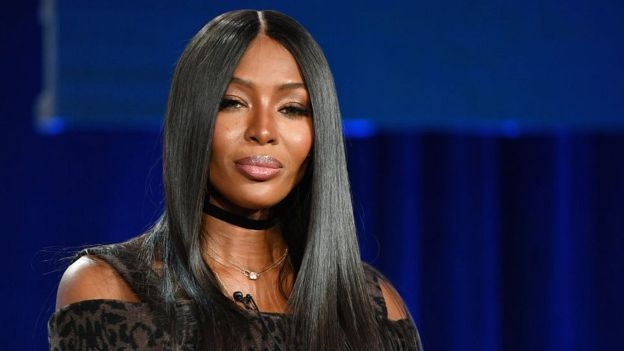 The government also said the Year of Return had drawn wider attention to Ghana and positively influenced international media reports.

The country attracted a number of celebrities in 2019, including model Naomi Campbell, actor Idris Elba, comedian Steve Harvey and American rapper Cardi B.

And the government said the equivalent amount of media attention and PR – if paid for – would have cost about $3.5m.

Mr Simons told BBC News: “As a public relations and advertising feat, it was very impressive.

“In that regard, I agree that it has been a success.”