Unemployment and education are the most important problems that young Ghanaians want the government to address, according to a survery.

The afrobarometer report released by the Centre for Democratic Governance (CDD-Ghana) shows that over the past decade, unemployment has consistently ranked No. 1 among the priorities of Ghana’s youth, with education consistently in second or third position.

“Six in 10 respondents (59%) say job creation would be the highest priority if the government could increase its spending to help the youth,” the survey showed.

The report also identified that most young people living in urban areas are the ones calling for jobs and those in the rural areas have touted education as their greatest problem.

However, as part of key findings in the report, unemployment and exclusion from democratic processes and decision-making is likely to further drive these young people into all sorts of violence by some political parties, especially during elections.

The Afrobarometer team in Ghana, led by the Ghana Center for Democratic Development (CDD-Ghana), interviewed 2,400 adult Ghanaians between 16 September and 3 October 2019. 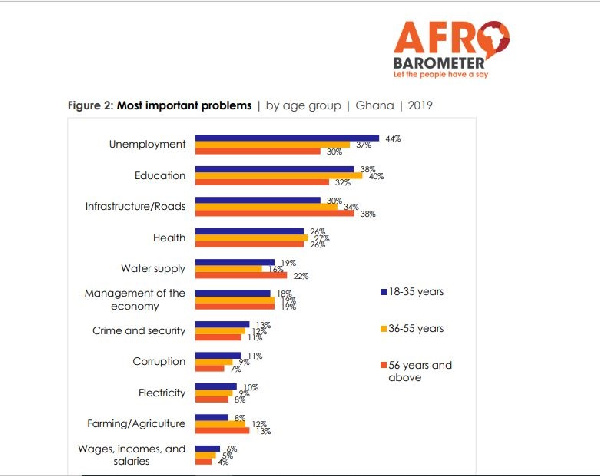 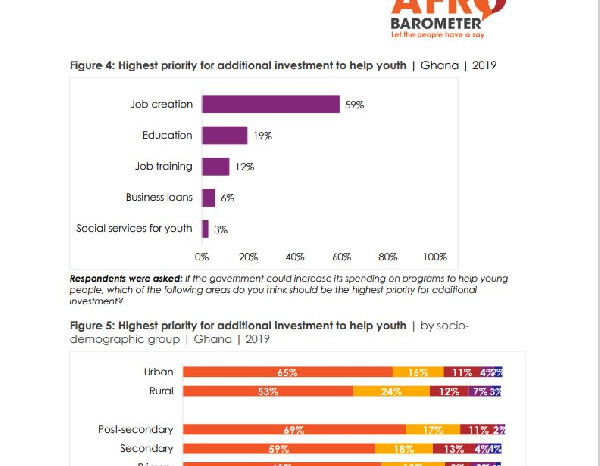